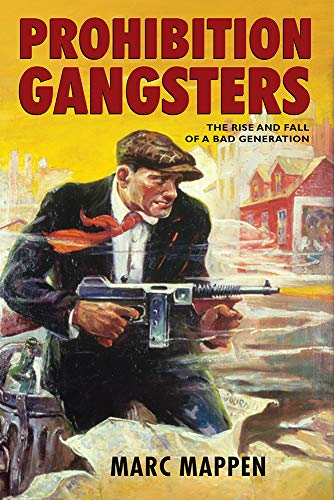 Prohibition Gangsters: The Rise and Fall of a Bad Generation Marc Mappen

Master story teller Marc Mappen applies a generational perspective to the gangsters of the Prohibition era-men born in the quarter century span from 1880 to 1905-who came to power with the Eighteenth Amendment.

On January 16, 1920, the Eighteenth Amendment to the Constitution went into effect in the United States, "outlawing the manufacture, sale, or transportation of intoxicating liquors." A group of young criminals from immigrant backgrounds in cities around the nation stepped forward to disobey the law of the land in order to provide alcohol to thirsty Americans.

Today the names of these young men-Al Capone, Lucky Luciano, Dutch Schultz, Legs Diamond, Nucky Johnson-are more familiar than ever, thanks in part to such cable programs as Boardwalk Empire. Here, Mappen strips way the many myths and legends from television and movies to describe the lives these gangsters lived and the battles they fought. Placing their criminal activities within the context of the issues facing the nation, from the Great Depression, government crackdowns, and politics to sexual morality, immigration, and ethnicity, he also recounts what befell this villainous group as the decades unwound.