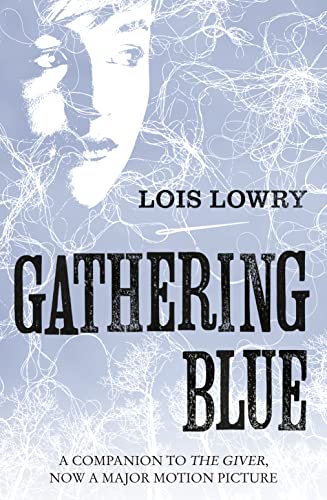 The fascinating sequel to THE GIVER which inspired the dystopian genre and is soon to be a major motion picture starring Jeff Bridges, Katie Holmes and Taylor Swift.

The fascinating sequel to THE GIVER which inspired the dystopian genre and is soon to be a major motion picture starring Jeff Bridges, Katie Holmes and Taylor Swift.

GATHERING BLUE is a return to the mysterious but plausible future world of THE GIVER. It tells the story of Kira, orphaned, physically flawed, and left with an uncertain future until she is summoned by the Council of Guardians...

On her quest for truth that follows, Kira makes discoveries that will change her life and world forever.

Award-winning author Lois Lowry challenges readers to imagine what our world could become, how people could evolve and what could be considered valuable in this fascinating follow-up to THE GIVER.

Praise for THE GIVER:
"The Giver, a powerful and provocative novel, is sure to keep older children reading and thinking." New York Times

"Lowry is once again in top form - raising many questions while answering few, and unwinding a tale fit for the most adventurous readers." Publishers Weekly

Lois Lowry, author of over twenty novels and twice winner of the Newbery Medal (for The Giver and Number the Stars), was born on 20 March 1937 in Hawaii. Her father was an Army dentist and the family lived all over the world. Now divorced, she lives in West Cambridge with her dog, Bandit, and spends weekends in her nineteenth-century farmhouse in New Hampshire.