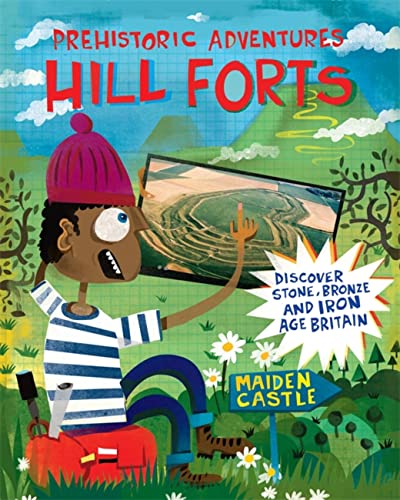 Discover the culture, technology and society of Britain's prehistoric ancestors by exploring hill forts - examining artefacts along the way!

Get ready for a prehistoric adventure! Our first stop is intimidating Maiden Castle: shaped like the coil of a giant snake, Britain's largest hill fort is the size of 26 football pitches! Britain is brimming with these battle-worn hill forts, and exploring them can tell us about the culture, society, technology and enemies of their builders. It's time to get out your magnifying glass and examine the real evidence that archaeologists have discovered, from Iron Age coins to stockpiles of ancient weaponry!

Hill forts are tremendous landmarks holding their ancient ground at many sites across the British Isles. Not only do they show the great skill and ingenuity of Iron Age man, but they hold ancient evidence of their way of life. It's time to take a closer look at these Iron Age fortifications - sculpted into the landscape by our ancient ancestors - and the evidence that tells us how they were built and why, and how they were used.

Learn about Maiden Castle, Danebury, Crickley Hill and many more hill forts and Iron Age sites that can be found across Britain and give evidence of the lives of prehistoric people.

There are four titles in the Prehistoric Adventures series, looking at stone circles, ancient settlements, burial places and hill forts.