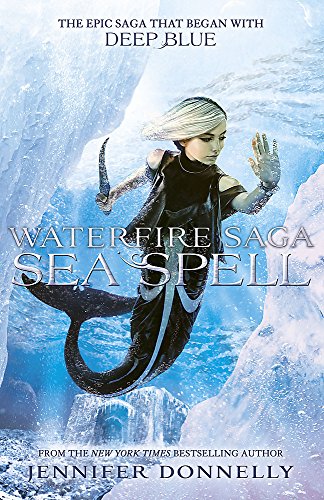 The epic finale of the stunning series that began with Deep Blue.

Six mermaids battle to save their hidden world.

Serafina and the other mer have discovered that Orfeo, one of the six founders of Atlantis, is trying to unleash an ancient monster from its icy prison. Astrid, his descendent is summoned to Orfeo's stronghold where she must attempt to take his black pearl talisman. Meanwhile, Ava tracks another talisman in the swamps of the Mississippi. To get it she will have to face the murderous Okwa Naholo spirits.

Serafina, Becca, Ling, Neela ready themselves for war. In an epic final double battle, the Black Fin resistance must stop the Voleneros from taking over the mer realms and end Orfeo's plan to take the fate of the gods into his own hands. Can they prevent the destruction of their world?

The final book in the Waterfire Saga.