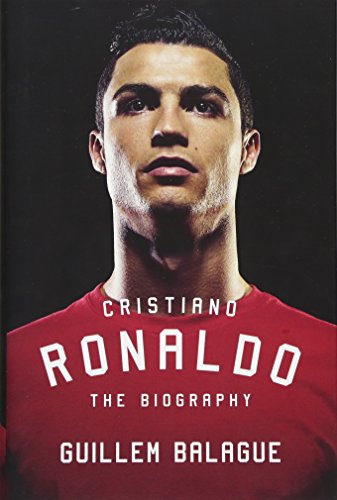 Biography of the great Real Madrid, Portugal and former Manchester United superstar by the acclaimed author of Messi.

CRISTIANO RONALDO is one of the greatest footballers of all time, yet for all his success on the pitch he has often been a controversial and divisive figure off it.

It was clear from early on that Ronaldo had a prodigious talent. More than that, though, he only ever had one goal in mind. At the age of twelve, he left his humble origins on Madeira behind to travel to the Portuguese mainland in pursuit of his dream to become the best footballer on the planet.

It wasn't long before he had the biggest clubs in Europe knocking on his door, but it was Manchester United who won the race for his signature. Under the tutelage of Sir Alex Ferguson, Ronaldo developed into the complete footballer and athlete, winning three league titles and a Champions League, and cementing his status as a United legend, along the way.

He then became the biggest galactico of them all when he transferred to Real Madrid for a record-breaking fee. However, he has endured a difficult relationship with managers, teammates and the fans - and with only one La Liga title and one Champions League win to his name, his time at the club has often been overshadowed by his fierce rivalry with Barcelona and Lionel Messi.

Guillem Balague, respected football journalist and expert on the Spanish game, provides the definitive account of what has made Ronaldo the player and man that he is today.

Guillem Balague is the author of Messi, Barca, Pep Guardiola, A Season on the Brink, and Cristiano Ronaldo. A key fixture of Sky Sports' coverage of Spanish football, he appears regularly both on live match coverage and on the weekly round-up show, Revista de la Liga. He is also the UK Correspondent for AS, the Madrid-based Spanish sports newspaper, and El Larguero, Spain's most popular sports radio show. His work appears regularly in The Times and in Champions magazine, where he writes a regular column on international football.