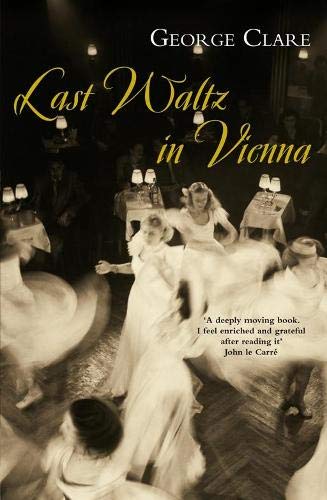 'A beautiful book: a fascinating piece of history' Beryl Bainbridge

On Saturday 26 February, 1938, seventeen-year-old Georg Klaar took his girlfriend Lisl to his first ball at the Konzerthaus. His family were proudly Austrian. They were also Jewish. Just two weeks later came the Anschluss. A family had been condemned to death by genocide.

This new edition of George Clare's incredibly affecting account of Nazi brutality towards the Jews includes a previously unpublished post-war letter from his Uncle to a friend who had escaped to Scotland. This moving epistle passes on the news of those who had survived and the many who had been arrested, deported, murdered or left to die in concentration camps, and those who had been orphaned or lost their partners or children. It forms a devastating epilogue to what has been hailed as a classic of holocaust literature.

'A deeply moving book. I felt enriched and grateful after reading it' John le Carre

'Told with calm and dignity. I shall not forget the mother and father' Rumer Godden

'Mr Clare leads us gently, but inexorably, to the edge of the pit and then leaves us to look down into it' Edward Crankshaw, Observer

'This poignant memoir is written from the heart ... the truest defence against political hatreds for the future' David Pryce-Jones, Financial Times