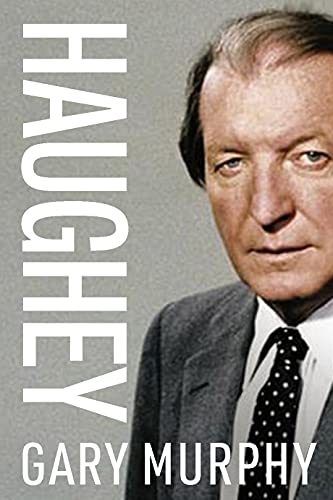 With exclusive access to the Haughey archives, Gary Murphy presents a landmark reassessment of Charles Haughey's life and legacy.

'A superbly balanced exploration of the life and politics of one of the most fascinating figures in 20th century Ireland.' Professor John Horgan

With exclusive access to the Haughey archives, Gary Murphy presents a reassessment of Charles Haughey's life and legacy.

Saint or sinner? He was the most talented and influential politician of his generation, and his presence still looms over the Irish body politic, yet the very roots of his success - his charisma, his intelligence, his ruthlessness, his secrecy - have rendered almost impossible any objective evaluation of his life and work. He is, depending on whom you ask, either the great villain of Irish political life or the benevolent and forward-thinking saviour of a benighted nation.

That is, until now. Based on unfettered access to Haughey's personal archives, as well as extensive interviews with over 80 of his peers, rivals, confidantes and relatives, Haughey is a rich and nuanced portrait of a man of prodigious gifts, who, for all his flaws and many contradictions, came to define modern Ireland.

'A superbly balanced exploration of the life and politics of one of the most fascinating figures in 20th century Ireland.' Professor John Horgan

'An indispensable read for anyone with an interest in modern Irish history.' David McCullagh

'Offers much new detail - and not a few surprises - about the personality and career of a political titan who is still, in equal measure, revered and reviled in 21st century Ireland.' Conor Brady

Gary Murphy is Professor of Politics at DCU's School of Law and Government. An expert on Irish electoral history and a prominent commentator on contemporary politics, he is a regular contributor to RTE's coverage of elections and referendums. He has published extensively on modern Ireland and is the author of Electoral Competition in Ireland Since 1987.