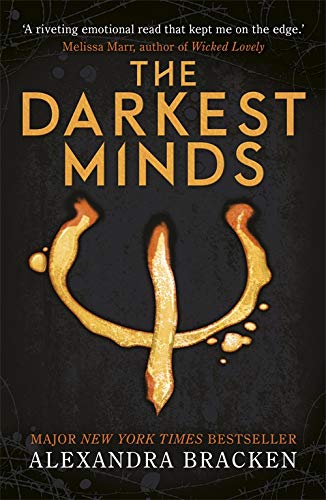 The first book in the heart-stopping The Darkest Minds trilogy, now a major motion picture from Twentieth Century Fox

The first book in the heart-stopping The Darkest Minds trilogy, for fans of Divergent and The Hunger Games. The movie adaptation from Twentieth Century Fox will be in cinemas in August 2018.

Ruby is sixteen. She is dangerous. And she is alive. For now.

A mysterious disease has killed most of America's children. Ruby might have survived, but she and the others have emerged with something far worse than a virus: frightening abilities they cannot control. Pressured by the government, Ruby's parents sent her to Thurmond, a brutal state 'rehabilitation camp', where she has learned to fear and suppress her new power. But what if mastering it is a whole generation's only chance for survival?

'A riveting emotional read that kept me on the edge.' - Melissa Marr, author of Wicked Lovely

Alexandra Bracken is the New York Times bestselling author of Passenger, Wayfarer and The Darkest Minds series. Visit her online at www.alexandrabracken.com and on Twitter @alexbracken.